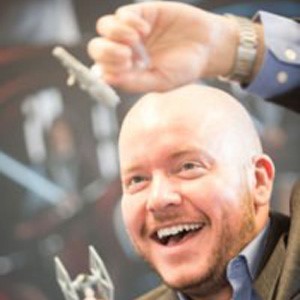 WMFHA Board of Directors, VP of Supplier Council Co-Founder 1UP Floors

The youngest of seven I come from basically nothing, except a very deep-seated set of principles and values. The antithesis of what a "salesman" is thought to be, I've made a career out of selling and servicing by a set of values (rules) that govern everything I do. Initially, I guess I just wanted to show my peers you could be successful in sales without selling your soul. I never really considered if it would actually work, guess I lucked out. It's quite a simple set of rules, tell the truth always, be a selfless servant, do what you say you're going to do, always do what is right and remember what your customer is... they're your oxygen. When I got in the multi-family floor business about 11 years ago I quickly realized just how shady it was. Products designed to fail then falsely advertised, ridiculously low installation standards, the marginalization of the installation force and yes, even the customer. All of this culminating in a total lack of trust between all parties involved. Clearly, something needed to be done to make things right and those who can...must. So I started doing my best to elevate the industry and educate all involved but began to notice this was an impossibility working within the confines of a traditional multi-family floor company business model. So I recruited my best friend Ryan to go on a noble, idealistic and seemingly insane business adventure with me...we opened 1UP Floors. Our team of 1UP'ers has set out to change what people expect from a flooring company. We're doing this by building massive amounts of trust and giving people far more than they ever expected, without breaking their budget. Best part is, it's actually working. It turns out there were lots of other people out there who saw something wrong with the flooring establishment and were simply waiting for someone to step up, say "enough", and do something about it. I only hope my story serves as a road map to other entrepreneurs who seek success without moral compromise.